How "Representation" In Fiction Becomes Toxic 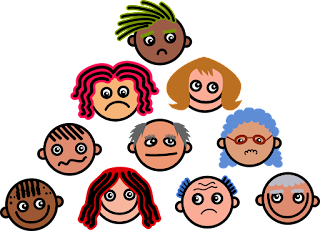 Some things sound so obviously good that they don't need to be examined.  One of those things is the idea of Representation in fiction; movies, television or books.  Entertainment where some people are conspicuously absent would seem to be an obvious problem, right?  A person doesn't have to be "woke" or any sort of feminist to occasionally watch an old television show and realize (for example) that all the scientists and astronauts in an old movie are men. It's as glaring an anachronism these days as watching a show where everyone is chain smoking cigarettes.

Entertainment should reflect the diverse nature of real life and society because, in the end, fiction has to be even more real than real life.  If nothing else, it makes that entertainment more interesting to introduce characters with a variety of backgrounds and challenges.

And so we're told that diverse fiction is BETTER fiction.

The way that this rather obvious truth is often framed, often discussed, is that fiction needs Representation.  Which is about where it all starts going off the rails.

Representation has to be understood as a "term of art".  But for once, it's actually really close to the real meaning of the word.  Is there someone in the TV show that you're watching, in the book that you're reading, that represents you?

So, lets do this with "me" and the 1950's era space show with the 100% male scientists.  Do I want the representation of "me" to walk into a scene and present as a blonde ditz?  Not really.  Do I want me to be the antagonist, a saboteur?  That would be interesting, but it wouldn't be how I'd like to be represented. Do I want me to be a complication to the plot?  Do I want my representative to be screwing around with married men and causing discord on the team? Do I want it to be a bit part? Do I want bad things to happen to me? Do I want to fail over and over again?  What do I want?

At the end of the day, it turns out that what I really want is a Mary Sue self-insert into the story.  I don't want "me" to be immoral, ineffective, counter-effective, vain, criminal, deceitful, conflicted, untrustworthy, or stupid.

I want to be heroic and loved by all.

Except that would be really bad fiction.  Not BETTER fiction.  BAD.

The whole concept of Representation ties characters and the creative process to the need to make someone feel good about the character that represents them.  If you're handicapped, for example, it's not Representation to have a handicapped character in a movie if they turn out to be a jerk or a criminal.

People joke that when you're watching a crime show and there are a variety of suspects that the white man will be the guilty one.  Or the Christian rather than the Muslim. It happens often enough that people notice.  Because if the criminal is the Black woman or the trans kid or the Asian in a wheelchair, that character will be seen as the Representation of everyone somewhat like them.  And clearly that would be hate.

I want to be heroic and loved by all. Doesn't everyone?

Characters put into a story for the purpose of Representation aren't always poorly written.  They're not always a self-insert-by-proxie Mary Sue. But they often are. Often they are just that.  (Enter the Mary Sue we know as Rey.)

I believe there are two elements to why this sort of impulse to inclusion goes so badly so often.

First, the concept that one character is Representation for a race, identity, or condition, assumes group or collective identity.

Second, the representation of invisible characteristics is ignored or even deliberately devalued.

I never identified with Nancy Drew, and I even look like her.  I liked the Hardy Boys better because they were more like me on the *inside*.

~brb said…
That 1950's sci-fi you decry had Representation: it just served a different collection of ethnic stereotypes. Usually the cast had one American, one Brit, one Italian, one Jew, one comic-relief Irishman or Scotsman... Maybe if it was really progressive it had a Russian, a Pole, or an Asian of indeterminate nationality.

(Does this begin to sound like the Enterprise bridge crew to you?)

Eventually, readers/viewers grow up a little and begin to recognize Representation for what it really is -- Tokenism -- and they get fed up with it, because it is not unlike being force-fed lima beans. As you probably remember from your childhood, in the long run, being told, "I don't care if you don't like it, eat it, because it's good for you" just engenders resentment.
8:26 PM

Emma said…
To be clear: I agree with you 100%, and in the interest of intellectual honesty, am absolutely willing to see a character that shares "identity" with me who is not a great person.

That said, I do cry foul at characters who only exist to fulfill stereotypes. The devout Christians who are only there to be jerks to the protagonist, the Southerners or rural Americans who are all dumb rustics who shack up with their cousins, the pollyanna Mormon who is secretly a murderer, blah blah. (This is why Milo in the MHI novels is so amazing -- a Mormon character who isn't just there to be the naive weirdo and/or villain.)

But in the long run, it comes down less to -positive- depiction, and more to -accurate- depiction. Is every character of Trait X an obnoxious stereotype, or do they feel like real people? From there, it's okay if some are antagonists, or have negative traits, or are otherwise not perfect.
12:30 AM

The Principle of Non-Persuasive Argument

August 07, 2021
Have you noticed what I've noticed? It's not really something new.  I started to notice way back in 2015-ish that protests seemed to be deliberately non-persuasive.  Note that this is well before Trump, possibly all the way back to the beginning of Obama's terms or farther.  And I'll admit that I've only noticed this as a left-wing phenomenon, possibly because I don't need to be persuaded of what my opinions already are.  (And right-wing arguments that I find stupid mostly elicit a rolling of my eyes.) I had a long conversation once with someone about the very poorly conceived practice of blocking freeways.  My argument was that anyone stuck on the freeway would be motivated negatively toward whatever the blockage was supposed to be about, and that furthermore, nothing about a freeway even began to indicate what cause the blockers were intending to highlight.  In fact, if I don't say here what the cause was, in future years no one will be able to figure it
2 comments
Read more

February 13, 2022
The saying goes like this, It's not what you *don't* know that is going to trip you up, it's what you know that isn't so. I believe that the first lady might possibly have been feigning helplessness, just a little bit.  She already had concept art and visuals, so I think she'll be okay.   But someone might truly be so new that they know nothing about science fiction as a genre or how it works in the world.  That person, the truly "new" person, might not realize that the second lady, no matter how assured she seems to be that she's passing on vital Wisdom, is wrong. So lets unwrap her backpack a little (to steal a metaphor). Stories about space pirates are Space Opera, generally.  "Soft" science in science fiction usually refers to sociology or psychology, social "science".  A story about space pirates might be "soft".  But that's picking nits.  The first big boo-boo is this: "not as popular *because* it is women
1 comment
Read more