I actually saw that shortened to SFC. Time to talk about SFC's again.Why?

Because there is a blow-up about a remake of a kid's cartoon and everyone is on about "Teela and the Masters of the Universe" and a couple of people have pointed out an element of the story that does seem rather odd as it's described:

Does anyone care about spoilers?

Prince Adam dies. According to what people are saying, Teela's "take away" on this is the need to berate his parents, fresh in their grief at the loss of their only child, that no one told her that he was He Man. She has a tantrum and leaves. She stays mad. She resists the call to be a hero when the universe is going to be destroyed. Later she treats Prince Adam badly. Or so I'm hearing.

But the charge that her response when finding out that she'd been kept in the dark is self-absorbed, that tracks with the current trend to portray SFC's as asserting their feelings and their interests to the forefront and demanding that other people respect them. Otherwise known as being a self-centered b*tch. Complaining does no good without an example of Strong Female Character done well. Zoe Washburne. 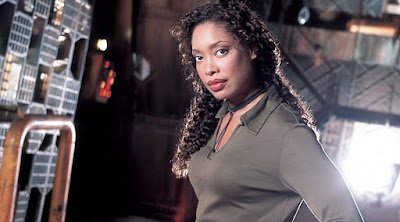 January 11, 2021
Because allowing people to say scary things in public (or mean things, or false things) doesn't inflame anyone.  It attracts people who are already inflamed. There used to be a joke that went more or less something like this:  There's a couple thousand white supremacist militia members in the US and two thirds of them are undercover FBI agents. And that's the second reason.  Because we actually want the scary conversations to happen in public. Driving those conversations underground doesn't make them go away. Inflamed people are still inflamed except now they are also legitimately aggrieved.  We have thousands of years of History that proves that this is true. Short of simply killing everyone of a certain mindset, ideology, religion, or culture, it's impossible to make them go away by forcing them to keep their scary ideas quiet.  Killing a few simply creates martyrs, not converts. Economic oppression, which was used against the Jews as well as endless other minorit
3 comments
Read more